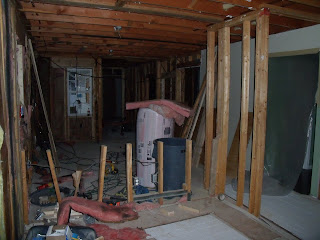 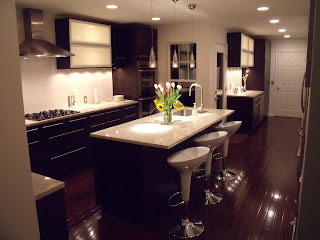 OK, so I haven't turned to jelly and been gobbled up. I'm alive. Just! I realise it has been a very long time since I last posted anything, and today, after more than one friend nudged me in the blog direction, I'm finally hitting the keyboard again.

First, I have to say a big thank you to the many bloggers who commented on my last post. It was comforting to know i wasn't alone in my struggles with Cheeky, and I'm pleased to report we have seen an improvement in his behaviour and love is once more, all around. Yeah, we'll see how long that lasts.

So much has happened since I last posted, and that's why I haven't posted. Ironic really, that when life changes up a gear and you have more to write about, I wrote so little. However, that's my excuse.

Yes, we did make it back to the UK. I survived the 8 hour flight on my own with the two kids and journeyed my way round England, with only a few emotional upsets.

It was great to reconnect with old friends, great to see my kids connect with their kids and only to be expected that there were a few clashes - the boys did after all have to get used to a whole new house, new kids, new routines, new beds, new food, every four or five days. I applaud them for how versatile they were over those three weeks. I don't however applaud them for how jiffily there were every night I was sharing a bed with them!

So it was an utterly exhausted Mummy that flew home and embraced the comforts of home and and a bed with just me and Him Downstairs in it!

The other big change we all had to get used to was the new kitchen I came back to. I highly recommend getting the hell out when doing a home remodel. The pictures show the devastation I avoided whilst I lounged in England, scoffing M&S clotted cream rice pudding and drinking tons of Ribena. Whilst Stateside, my poor husband, struggled to find the microwave to heat his instant mash potatoes amongst the debris.

He was nervous as hell when I cam back, in case I didn't like the new kitchen. Is he mad - look at it! What's not to like? It was the best homecoming gift, ever and I blame the kitchen totally for my lack of blogging recently. For I have been cooking up a storm. It's been Nigella this and Nigella that, as I work my way through her Nigella Express cookbook. I never realised that cooking could be so enjoyable. Followers of this blog will understand what a big deal this is for me - I mean, I used to go into a cold panic at the mere thought baking something edible for Bookclub.

Now, well, maybe it's time to turn my baking into a business a la Trudie in the TV show, Mistresses. (Another lure keeping me from blogland, now it's on BBC America). Am no doubt getting carried away with myself, and thinking up another crazy Mom-Millionaire scheme, but it doesn't hurt to have dreams does it? Especially when your husband works for the doomed auto industry and every month we pray that he gets his paycheck.

Anyway, all in all, I write to say, am back. I will endeavour not to leave it so long until the next post, but I also have to confess, I've rather enjoyed my time away from the computer. I mean, crikey, I've actually talked to my husband of an evening (shock!) We've even manged to get-it-on a lot more regularly (he's currently on medication for the shock of that one!) And most unlike me, I've played a lot with my children, even though this has meant immersing myself of late into the world of Star Wars. Yawn. I mean, yeah!

But, yes, you know me, and this model wife and mother behaviour cannot possible last. I have 16 weeks of summer holidays starting soon. Being Chewbacca for that long, will no doubt have me sprinting back to bogland, as will all the BBQ marinades Him Indoors thinks I will be able to make, now I've turned into Nigella. 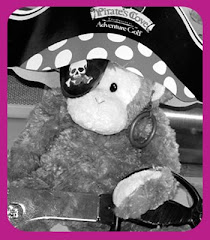